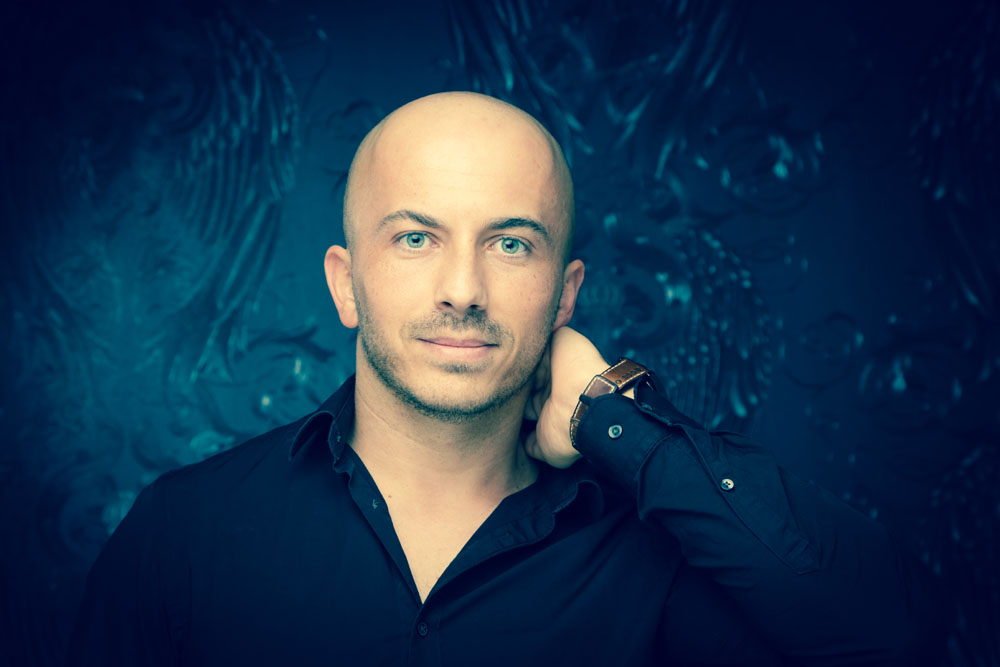 Dimitar Dimitrov was born in Dobrich, Bulgaria. By age 2, he was already playing melodies on his accordion. His musical education began when he received his first piano lesson at age 5.
While a student in Michael Slavov’s piano class at the National Music School “Lubomir Pipkov” in Sofia, he won several piano competitions:

Upon finishing his secondary school musical education in 2006, Dimitrov entered the Prins Claus Conservatorium, Groningen, the Netherlands’ most progressive music conservatory, where he studied with the renowned pianist, Dr. Tamara Poddubnaya.
Even before his first year at Prins Claus had ended, Dimitrov had garnered victories in 3 Dutch competitions: “Prinses Christina Concours,” The Hague, 2007; “Harten Aas Trofee,” Groningen, 2007; and “Grachten Festival,” Amsterdam, 2007. Following the Prinses Christina Concours and “Harten Aas Trofee,” the jury called him a “young lion of the piano,” in the tradition of the great Russian pianists of the past.

In 2008, he won the Grand Prix at “Maria Yudina International Competition,” St. Petersburg in Russia.

In November 2008, Dimitrov’s earlier victory in the “Prinses Christina Concours” earned him the spotlight with The North Netherlands Orchestra, as he performed Tchaikovsky’s Piano Concerto No. 1 during a 3-day tour of the Netherlands.

In August, 2009, Dimitrov performed the Rhapsody in Blue by G. Gershwin with the “Harmonie St.Michael” in Thorn, the Netherlands, which was followed by invitation for several performances in January 2010 in the concert hall of Tilburg and the theatre “Oranjerie” in Roermond, the Netherlands with the conductor Ivan Meylemans.

In November, 2009, he participated in “Koffie bij de Piano”, a highly valued part of the classical music program in the “ Theater aan de parade”, s’Hertogenbosch, Netherlands. After the vote of the public, Dimitar received the highest result ever in these series and in June 2010 he was chosen from the public and the youth jury as a winner.

After participating in the “Young Pianist Foundation” Competition in Amsterdam, Dimitar won the “Mozart prize” and the prize of the Best participant in category C. He received great praise by Marcel Baudet, Dmitri Bashkirov, Oxana Yablonska, Victor Rosenbaum and president of the jury Sieuwert Verster. They described him as a great talent with big hopes for his future career.
In june 2010 Dimitar received his Bachelor degree at the “Prins Claus Conservatory” in Groningen.

In November 2011, Dimitrov was selected as one of the 4 finalists of the Dutch Classical Talent Competition, which is held in Concertgebouw in Amsterdam. As a result Dimitar performed solo recitals in the season of 2012-2013, in 10 of the best concert halls in the whole Netherlands.

In March 2013 Dimitar received his “Master of Music” diploma.

Dimitar is now an active concert pianist currently residing in the Netherlands. He is well known in the Netherlands for appearing regularly on NTR and Radio 4, the most important television and radio programs for classical musicians.